Welcome to The Knight Stalker; a blog where PNR Author Shelbie Knight chats about what she loves most - reading and writing!
Do you have a specific Author that you would like to see featured, or a book you would like Shelbie to review? Or possibly you would like to hear occasional updates on Shelbie's own personal journey on the road to publishing? Feel free to email any requests - it's all fair game!
On these pages, Knight rules and brings to life the sexy supernaturals from your wildest imagination!

Welcome to
The Salvation Pack

Book One - Wolf at the Door
Samhain Publishing
When Gwendolyn Jones inherits a Tennessee cabin from a great aunt she never knew, she quits her job and follows her dream to write full time. Meeting a stranger in a local cemetery isn’t a risk she normally takes, but she needs the information on his flash drive for an article she’s writing on werewolves. Later that night, when two honest-to-God werewolves come knocking on her cabin door, they’re definitely not Photoshopped.

Jacque LaForge is on a mission to retrieve a flash drive before it endangers his pack. He never thought he’d find a mate, but the chemistry between him and Gwen is unmistakably off the charts. Now to convince her he’s only trying to protect her from his vengeful former pack—led by his own father.


Gwen’s first instinct to flee only gets her a smashed car and a concussion. She wakes up in a dangerous new world she never thought existed—and in the arms of the one man who stands between her and certain death.

Excerpt
Wolf at the Door
A hard, heavy pounding shook the front door, jolting her out of her chair. She didn't waste any time running for the shotgun. Had Hector followed her home? Maybe he was crazy? She knew better than to break her rule about meeting in public. Why had she made an exception tonight? Too late to be asking that question now.

She thumbed the safety off. Her palms were damp and shaky, but she swallowed back her fear. How hard could it be to point and shoot? It was like a camera. This close she couldn't miss.

The knock came again, this time not quite as loud. "Ms. Jones?" The voice was low and deep, definitely male.

Relief hit her hard and fast. Maybe it was one of the local deputies. They often stopped by to check on her, mostly because she was new to the area, but also because she was a single woman. On her first trip into town, Margie at the grocery store had assured her she'd have all the male attention she wanted. Single women were rare in these parts. Most women were either married, too old or too young. The rest of them left for the bigger cities as soon as they were able. A single young woman was cause for talk in town.

Still, she wasn't about to be stupid. She seen too many horror movies where the dumb blonde gets herself killed by not being careful. She might be blonde but she wasn't stupid.

As tempting as it was, she wasn't about to open her door to a total stranger. "Come back in the morning." She glanced at the old cuckoo clock hanging on the wall. It was just past eight, but as dark as it was outside, it might as well have been the dead of night.

"It will only take a minute. I'll stay out here on the porch."

She snorted, like she was stupid enough to fall for that. Gwent backed away from the front door and headed toward the phone in the kitchen. Out here, cell-phone service was spotty, but her great aunt had a land line that Gwen had kept when she moved in. No way did she want to be caught without phone service. She'd call the sheriff's office and have them come talk to the man.

There was no noise behind her, simply a stirring of the air, but Gwen knew she was no longer alone. She whirled around, her finger tightening on the trigger. The shotgun fired just as a male hand pushed the barrel up and out of the way. The bullet harmlessly buried itself in the wooden ceiling.

Gwen screamed as the weapon was tore from her hands and tossed aside. The front door was kicked in behind her, bouncing off the wall. She didn't know where to look. There was a stranger behind her and another one in front of her.

She lunged for the kitchen counter and the knife block. She needed something to defend herself with. Anything. One of them swore and leapt toward her. Large fingers tightened around hers, the pressure making it impossible for her to draw the large butcher knife from the block.

"Relax, chere. Shhh." His breath was hot on her neck and his hand practically swallowed hers whole.

She started to shake. Would they hurt her? Rape her? She couldn't think about the possibilities. She had to fight back. Her muscles, immobilized by fright only seconds before, came back under her control. She threw her head back hard and fast and connected with his face.

Her captor howled in pain, sending an icy-cold shiver racing down her spine. It sounded too much like the dogs she'd heard earlier.

Massive arms wrapped around her torso and pulled her away from her only source of weapons. "Dieu. There was no need for you to do that, chere."

She still couldn't see the man holding her but the one in the front of her was hard to miss. He was huge, probably around six-four, his brown shaggy hair hanging around his massive shoulders. His golden-brown eyes started at her and his full lips were drawn into a thin line of displeasure.

Shit. She was in deep trouble. She recognized him from the picture she'd seen only moments before. Her only option was to try to brazen her way out of this situation.

She cocked her eyebrow at him and inclined her head. "You're either Louis or Jacque LaForge. I'm not sure which." She had a brief moment of pleasure when she noted the surprise in his eyes. Then they went flat, and the expression in them scared her spotless.

Book Two - Wolf in her Bed

Anny Conrad is a single thirty-year-old librarian—a cliché complete with two cats. Dragged out to a local bar, she’s rethinking her life plan over a few drinks when a man walks up and asks her to dance. And what a man. Tall, rugged and more than a little untamed. Before she knows it, she’s in his arms and throwing caution to the wind.


With a pack war in full, deadly swing, the last thing Armand LaForge needs right now is a woman in his life, much less a human. But one thing is certain, he’s met his mate, the one woman in the world for him.
The kindest thing to do is give her all the hot sex she wants and then leave her alone. But when the morning comes, fate isn’t done screwing with them. Anny is confronted with the fact that the myths in her library books are real…and now she’s one of them.  Click HERE to read an excerpt.
Amazon
Barnes & Noble


N.J. has always been a voracious reader, and now she spends her days writing novels of her own. Vampires, werewolves, dragons, time-travelers, seductive handymen, and next-door neighbors with smoldering good looks—all vie for her attention. It’s a tough life, but someone’s got to live it.


N.J. Walters has an expansive catalog of work from which to choose. To learn more about her work, the following links will take you directly to her work: Website, Amazon, Barnes & Noble, Samhain, All Romance, Kobo and Ellora's Cave
She loves to hear from readers, so feel free to Email NJ and visit her on Facebook and Twitter
Enjoy!
Shelbie =) 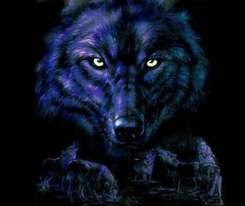 Shelbie Knight
Seattle, Washington, United States
Welcome to The Knight Stalker Blog! I write Paranormal & Contemporary Romance, extending my love of reading to reviewing titles as well. I hope you enjoy my posts and please feel free to contact me with any requests!